You are here: Home / Wisenheimer Journal / How Can God/Source Raise the Planet’s Vibration? 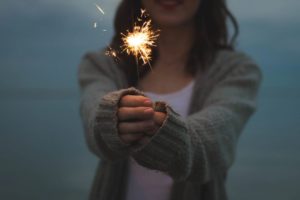 Dear Godscribe:
How does Source raise the consciousness of this planet?

We think you’re asking – “Were it God’s will to do so, could God raise human consciousness?”

To answer your question, we will tell a story about how God designed humans.

The following story is a myth that is not easy to explain, so please try to engage your imagination.

How God/Source Made Humans and Why Raising the Planet’s Consciousness is Impossible without the Will of the Individual.

Once upon a time in a land far away, there lived a noble beast named R.O. This “rare orb” had no official form and was neither male nor female, but had a consciousness all of its own.

R.O. in its need to understand its being, needed to govern a system that kept repeating itself without end.  R.O. realized that to reign in governance, it needed beings who would worship it.  It would also need to observe their behavior, but without their recognizing that they were being observed.

R.O. worked out a plan for their independence and drew a powerful storm that blew dust into a swirl. Eventually, the swirl was so powerful, its surge eliminated all that was making it blow.

As the dust settled around the world of consciousness, a form emerged from its orbit of stars.

In the becoming of the beings emerging from space, there was a delight in themselves of what they were.

In this delight of the stars in themselves, a question arrived. They asked the wind, “how have we come to be?” But the wind could only reply, “Well, it’s not because of me.”

When the breeze could not take credit for what was the result of this world, a depression came over the new beings.

They felt alone and forgotten and started to cast doubt upon their beautiful selves. It was in this doubt that R.O. began to whisper, “I am yours, you are mine, and we make what we are from our own.”

Although this story sounds nonsensical to human “thinking” there are metaphors in its narrative. These metaphors are about Consciousness and how it arose out of R.O.’s need to be worshipped. The etymology of the word “worship” is “the acknowledgment of worth.”

Why would God need an acknowledgment of worth, (worship), when God’s supreme nature is supposed to be absolute?

When you don’t see a mirror, how do you know what you look like? Unless there is a mirror, into which you can see yourself, you are merely looking out and unable to look back.

Only an independent reflection can confirm the Consciousness that makes up God’s existence. In other words, something that can communicate back to itself, through an autonomous mind, a mind that can itself create, is the mirror of God’s self. God’s own quest to create what it sees itself to be must come from the creation of what is God.

So the answer to the question?

God cannot raise the consciousness of that which cannot acknowledge its creator. For if it were that the design could talk back to the designer, the designer could make adjustments and amendments to the plan. Otherwise, the design cannot live-on, beyond the designer.