You are here: Home / God-scribed Writing / Dear Godscribe: / Did I Know My Cat in a Previous Life?

The Affection of a Cat Shows Humans Share Trait 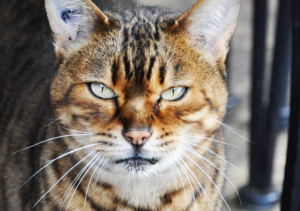 Fig, my cat, and I have a very deep connection.  Do we share a past-life?

No. It’s not impossible, but it’s rare for two souls of similar origin – evolving on the same timeline – to come into the world as different species.

There are cases, however, where a horse and a human, or a wild animal tamed to accompany a founding family, for safety’s sake in a new territory, have incarnated at the same time as different species.  These are instances which held survival reasons, however.

Those [incarnation] agreements were for the purpose of a community’s expansion, not a soul’s expansion.

So, your closeness with Fig is something much sweeter.

When you two met, as a kitten she was smitten with you.  And then you fell in love with her brilliance, how smart and communicative she is.

You discovered through her that the nature of each other’s souls has the ability to love, profoundly, despite uncommon origins.

Affection in animals is by no means rare.

Humans evolved from a system of communication and friendship.  Nature already had these elements in place just as competition, love, and the drive to reproduce all preceded humans.

Such is the matter of the soul inhabiting vessels designed by nature, to thrive within nature’s habitats.  Affection, (the act of affecting emotions of the other), breeds intelligence for the purpose of survival.